Are New Year’s Resolutions in the Past? 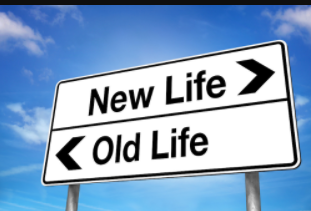 New Year’s Resolutions have been away for people to set goals for the new year. Newfound senior Kaylan Santamaria resolution last year was for her team to win the state championship for Division III Field Hockey. This fall, the Newfound varsity field hockey team took home the win against Mascoma with a 2-0 score. Santamaria and her team worked hard, only letting up six goals all season and scoring 76. Kaylan stated that, most years, she doesn’t make a New Year’s resolution, with the exception of this year. Having this goal in mind pushed Kaylan to try harder in practice to be an all around better player on the field. This goal made an impact on her life because she worked out and pushed herself more to get more physically fit to meet it. She said, “I think about [my goals] all the time, just this year mainly when field hockey season was here.” To ensure that she meets her goal,  Kaylan said, “I give myself no other option but success.”

Senior Nick Lynch like many Newfound students and staff, says he doesn’t really ever have a New Year’s resolution.  However, Nick did set one for the 2017 year, which was to gain weight. Nick also said he does not repeat any of his past year’s resolutions. This year, Nick did go through with his resolution by working out to gain more muscle, which allowed him to  gain more weight and changing from being too skinny too fit. Nick noted that,  in the past, he has not gone through with the resolution he set for himself. According to the USA today’s marist poll 12% of Americans also set goals to lose weight for the new year as well as Senior Nick Lynch.

Seniors Kaylan, and Nick went through with their goals. They practiced setting goals because, at NRHS, students in advisories are encouraged to do so, in the hopes that they learn from this practice to create and achieve life goals in their futures, not just on January 1st.