Why Do We Need Dues? 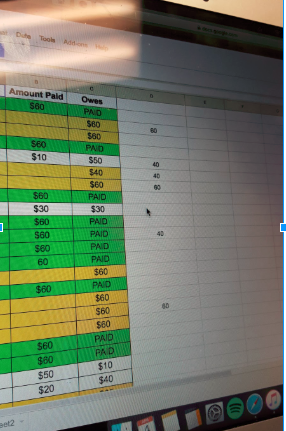 At NRHS, members of each class are expected to pay a certain amount of money for yearly class dues. The requirement for class dues is often misunderstood by students and poses a challenge for class advisors and their officers.  The Class of 2018 has been asked to pay $60 for their class dues, which was spread out across all four years of high school. Students have the choice to pay by cash or through fundraising. There are many things that dues weigh into during students’years at high school, such as winter carnival, prom, baccalaureate, graduation, senior trip, senior breakfast, and senior gift. These are things that the taxpayers of the Newfound school district are not expected contribute money for, as they are not directly linked to learning. However, these school experiences have long been part of high school tradition.

As of March of 2018, out of the 78 NRHS seniors, “Only 49% of students have paid class dues.,” says class treasurer, Makayla Pixley. This means that not even half of the senior class has paid their dues in full. The major consequences of not paying dues is that seniors are “Not being able to walk at graduation, and cannot go on the class trip,” says advisor Amy Doolin. Many people could be missing out on lifelong experiences, for a small amount of money that could be paid throughout the four years of high school according to yale.edu class dues page.

This year’s seniors have lower dues than most Newfound classes since their freshman year dues were forgiven. The original amount of dues was supposed to be $80 but, “Files & records from freshman year were misplaced when we were switching advisors,” says Makayla Pixley. Therefore, the price was dropped to $60. “Paying the class dues could be more manageable if students paid them by semester ($10) or yearly ($20), but a lot of students procrastinate and try to pay them all at once. This could result in students feeling like they are paying more than what they are,” says Mrs. Doolin.

Despite student objections, $60 is not a lot for the senior class to have to pay. It is also a very fundraise-able amount of money. There are some schools that continue to pay dues even after they graduate. For example, Yale alumni pay $55 a year to be able to keep in touch with their class years after they graduate, according to Yale.edu.  Looking into the future, high school memories are ones that no one can get back. So, students who hope to enjoy this time and participate in these opportunities should also plan to fund them through yearly class dues.