A Dog with a Cause 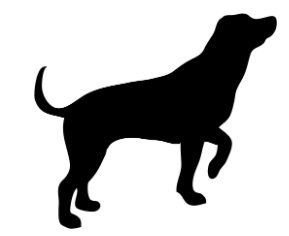 For some people, walking into the halls of NRHS every morning can be a drab, but seeing Bleu, Newfound’s four-legged furry friend makes it better. Bleu is an emotional support dog who was first introduced to Newfound at the beginning of the 2018 school year, and has since remained one of the most popular members within this school. And it looks like Bleu’s role in the larger Newfound community is only going to grow from here.

Bleu is about to turn two years old and was adopted from the NH Humane Society by NRHS staff member, Ms. Kali Dore, when he was just a couple of months old. He completed his three-level course to become a Canine Good Citizen in June of 2018 and, shortly afterward, became an important addition to NRHS. While he is currently not qualified within the state of New Hampshire, or nationally, as a therapy dog, Bleu is soon looking to become certified.

According to a recent review by Georgia Southern University, having a therapy dog amongst preschoolers all the way through adolescents benefited students by increasing reading and language skills, motor skills, and emotional gains. Therapy dogs can also provide stability and comfort to children who are living in poverty or abusive homes.

When asked about future goals for Bleu, Ms. Kali Dore stated that she has goals of making Bleu nationally certified, inducting him to the therapy dogs national traveling team ‘Paws for a Cause’, and furthering Bleu’s influence with the Special Ed. Department within the Newfound community.