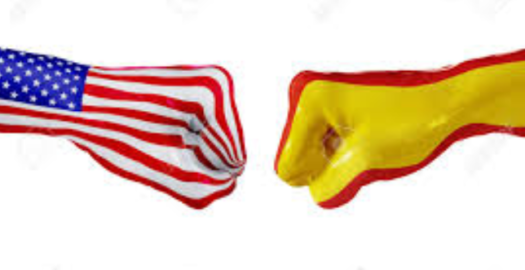 Since arriving at Newfound Regional High School, foreign exchange student Ana Palacios has been slowly adjusting to the new lifestyle.  Ana’s hometown in Spain is bigger than Bristol and has many schools. When going somewhere, they walk and don’t use cars.

A regular school day in Spain for Ana begins at 8:15 am and ends at 2:15 pm, and each day she and her classmates study different subjects.  Her favorite subject at Newfound is Spanish, “because it’s easy,” says Ana. When Ana first arrived in the United States, she did struggle a bit understanding people because they talk fast.   Something that was different for her was that they don’t do at school in Spain is a lot of work in groups.

One difference that really stuck out to Ana was that students can come to school in flip-flops. “ In Spain, we aren’t allowed to do that.” At Newfound for a fall sport, she is a part of the soccer team.  “In the winter, I would like to try Cheer. In the spring, I want to try track or softball.” Ana is looking forward to playing more sports at NRHS.

Overall, Ana has liked her experience so far in the United States and everyone at NRHS, and hopes she enjoys the rest of her time here.